Sounds like a Southern chick flick, but this is not lost in translation. This gastro-tourist takes you to not just another food truck, but Oahu’s famous meals on wheels. Nestled yet again off the beaten path, Giovanni’s Shrimp Truck holds all pride and glory for claiming dibs on the island’s first shrimp truck. On our way to North Shore, we were entering hostel territory. When I mean hostel, I mean the existing feud between shrimp trucks. Locals and tourists alike have argued the unanswered question of which truck serves the best shrimp, but it’s undeniable that Giovanni’s is the first. When you look at the truck itself, it has aged as old as the trees shading the picnic area. There was no argument here, I was going straight to Giovanni’s for their Garlic Shrimp Plate. 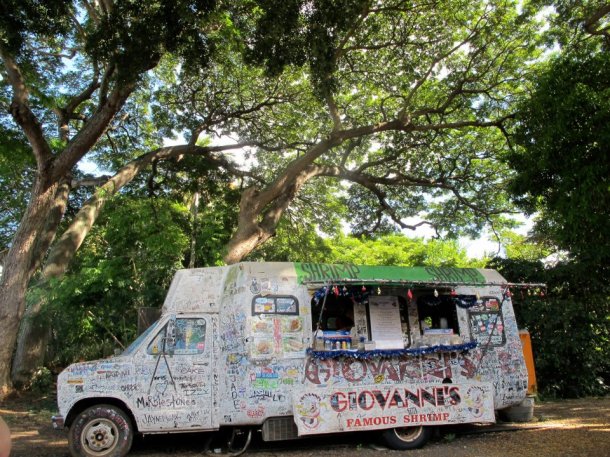 It’s not a four star restaurant. The rocky picnic seating and the begging birds are your candlelight atmosphere, but I’d  gladly take this any day. The friendly ladies offered us green tea and a pen to make our marking. I preferred to go straight for the platter of juicy and greasy shrimp. I’m one of those people who avoid the shell and tail, but the marinated and fried shrimp tenderize in the cooking process that there’s no need to fuss about the shell. I went all in. Bathed in garlic and simmering in its greatness, the shrimp became irresistible and the dixie plate was licked clean. Don’t you just want to lick the screen clean? 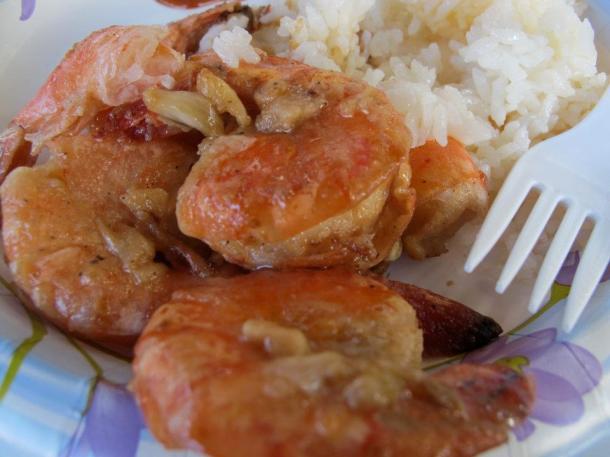 One thought on “Heaven On A Dixie Plate”