Talk about one stop shop. Mercat de La Boquería puts every farmer’s market I’ve visited to shame. La Rambla‘s public market, doubling as a city landmark, sells everything from aged cheese to local olive oil and chicken feet to sour candy. Easy to get lost in the colors, spices, and fruits; stay focused and look for the locals. Here are some photos of a quick stop to Boquería for some snacks. Nothing much to explain, but WOW.

We found this grumpy man selling my favorite Spanish omelets. I don’t speak Catalan, but I didn’t think he appreciated any attempt at ordering in Spanish. I made the effort! It’s a room temperature quiche-like plate that serves as a snack. Salty and very satisfying, I gobbled it up before I could take a picture. The most popular plates looked to be the okra peppers and a scrambled squid medley. 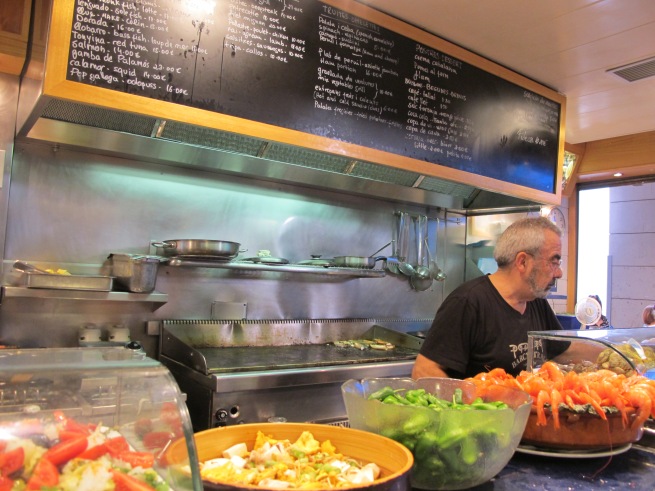 Barcelona isn’t Barcelona without its paella… so why not take it home? This corner shop sold every seasoning existing in a paella. For under five euros you could take home a little piece of Catalan cuisine. 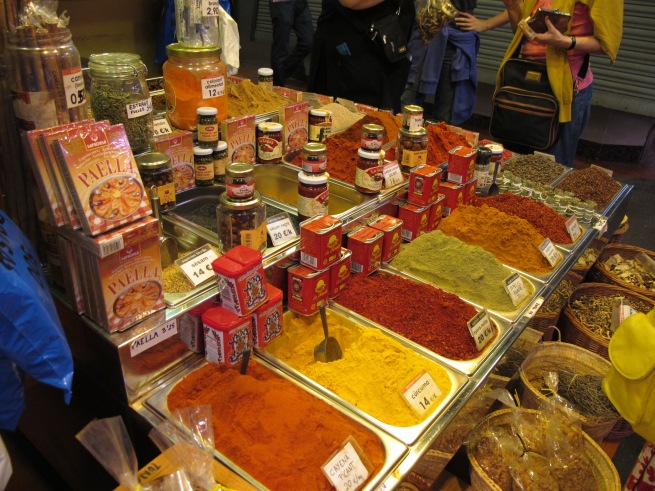 This adorable stand sold “Ous de Polleta” and I loved their presentation. 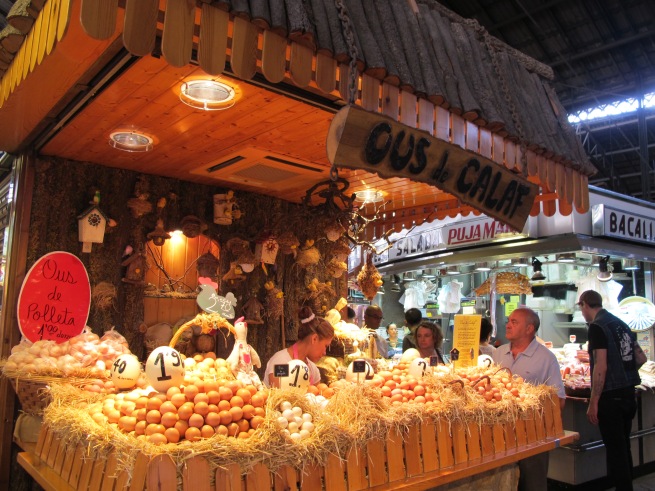 When I think of tapas, I think of ham. Presenting a leg of ham is like showcasing a restaurant’s nicest bottle of red. Perhaps bigger the hoof, better the taste? I doubt this is true, but look at the toes on that leg. You can take a leg home, but I didn’t want to explain to United States Customs why I thought bringing a cured pig’s leg would be a good idea.

Stocking up on sour strips and candy here at the local candy vendor. They have everything from strawberry strips to gummy bears to chocolate covered nuts. I’m in heaven. I bought a few good pounds of sour strawberry strips.

Coming hungry might be a bad idea. It’s like grocery shopping after you’ve starving. You could buy everything. Look at me, I almost convinced myself I could take that leg back to the states.